You Want REVIVAL…can you take the Heat

I have had the privilege to be called to several Nations when the Holy Spirit was pouring out His Holy Spirit with all the signs and wonders and power that is the fullness of the Gospel. I remember it well in South Africa during the 80;s when I lived there.

As I came into this country and Zimbabwe, they were Hostile and Angry! Zimbabwe had just fought for its independence from England South Africa was in throes of fighting the giant of Apartheid. It was a very HOSTILE Environment. We always heard gunfire and encountered many police barricades.

But the Lord sent me into this nation witha team of dedicated Servants to minister in the Power of the Holy Spirit and I remember listening to all races, genders and denominational Christians viewpoints and thinking this:

The Book of Acts is the historical accounts of the Birth of REVIVAL in a hostile Pagan society of Roman occupation and the established RELIGIOUS Jews who were HOSTILE to the NEW WAY of Jesus Christ. It was not a place of acceptance and tolerance. The Great Disciple of Gamaliel who was the Pharisee doctor of the Jewish Law, trained Paul who was an active PERSECUTOR of the WAY. Acts 5:34 Acts: 22:3-5.Acts 8:1,2

My Observation about American Christians is we expect certain rights because the United States was established by Christians But Christianity is about establishing the Kingdom of God to the full extent of lives and service,then we may have peace & righteousness and we Must pray and Stand up and Proclaim the Gospel & Kingdom through fighting what stands against the Kingdom of God. Yes, in the past, it was more acceptable to be a Christian but I see that it made complacent and fearful Christians not loving and righteous Christ followers.

Well now, we get to have Revival in the same environment the first Revival of the Way Followers of Jesus Christ built his Church: IN A HOSTILE ENVIRONMENT! True Christ Followers will make an impact, will suffer persecution and die and will rejoice at lives taken out of darkness and translated into the Kingdom of Light. Col. 1:13

Time to Get Your Happy on: Revival time is here and you have to lay down your life and your lifestyle of being accepted by everyone to Rise to the Challenge to rather see people Accept Jesus and He transform their life and Yours!! This is the REVIVAL you have been praying for but wanted it to be easier , perhaps less demanding and confrontational. But unless we Lose our idea of what Christian life should be and Believe what He says Chrisitan Kingdom life is, we shall not have Life at all. Hmm. Challenging? I hope so because Nothing is worth Living for if YOU Don’t think its Worth Dying for! Mat.16:25 Jo 12:25 Ja. 1:2 Count it all Joy!!! Phil 3:8 Everything is Rubbish, Garbage if I havent lost and released anything that KEEPS ME FROM KNOWING CHRIST!

THIS IS TRUE REVIVAL. IT INVADES A HOSTILE ENVIRONMENT…WHAT ARE WE WAITING FOR?

View all posts by WayMakers

2 thoughts on “You Want REVIVAL…can you take the Heat”

The Next step you Take in Trust and Belief is toward Fulfilling the Word you are believing for yourself. Take that Step! 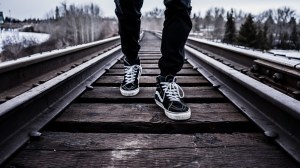